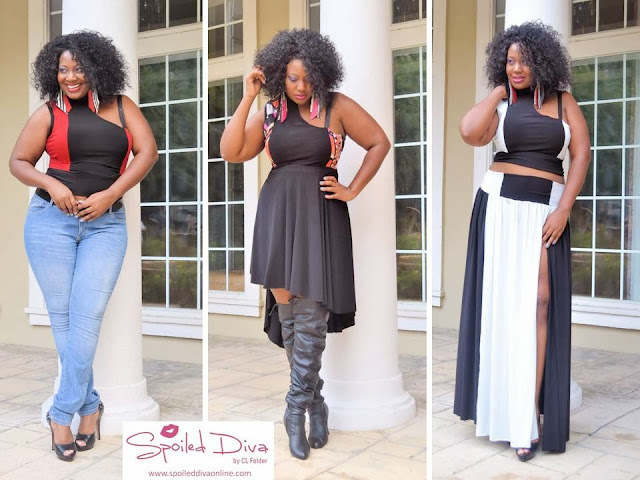 All styles are available in sizes to 3XL! Free shipping is available on all domestic orders. Click here to shop the full collection!

Make a bold statement this fall...go on...release your inner diva! 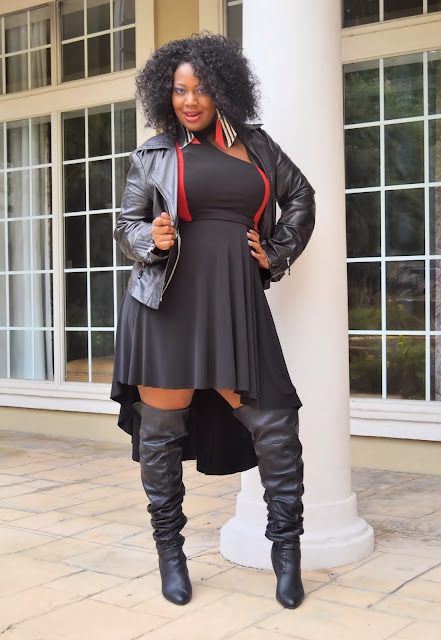 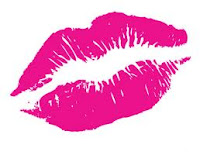 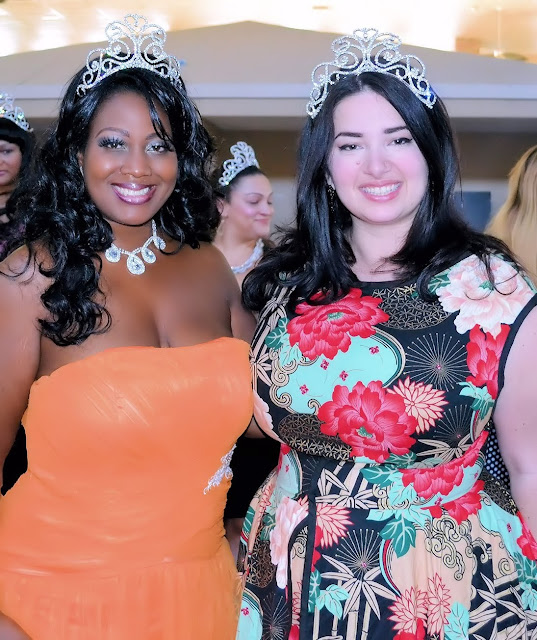 Hey Diva!
We’re at day three of the 2013 Miss Plus America Pageant week and the excitement is continuing to build. Today marks the first official day of the actual pageant competition!

We started the day with a delicious breakfast spread and guess who joined us for breakfast? None other than the pageant judges! That’s right; we had breakfast with the judges so of course everyone had to be on their best queenly behavior :)! 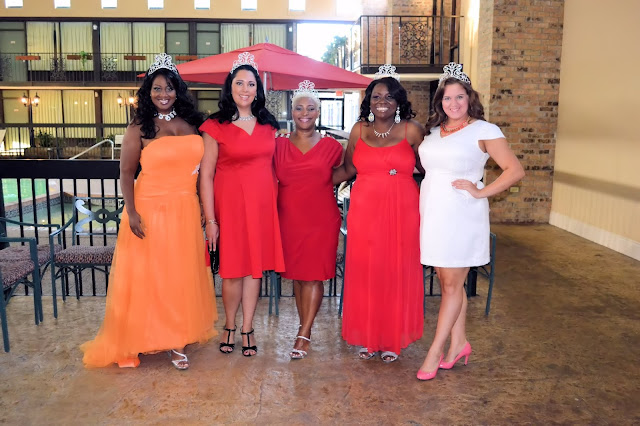 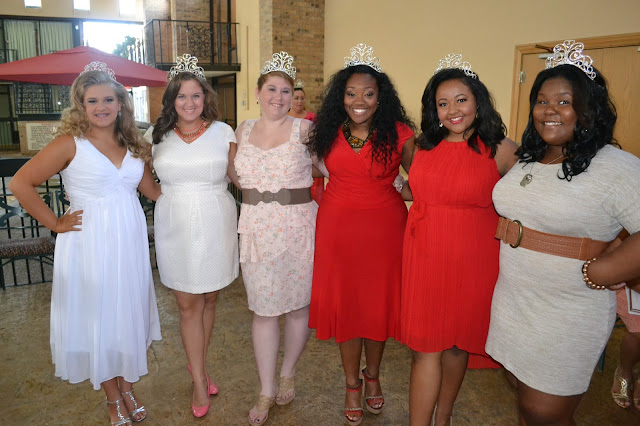 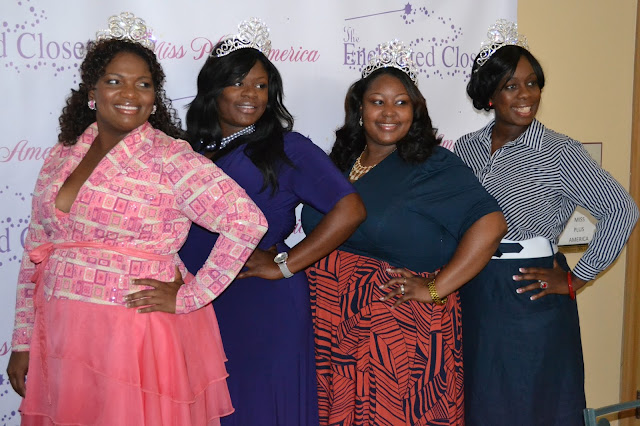 Breakfast looked divine, however, I couldn't eat anything because I was so tense! And to make matters worse, all my faves were on the menu. From biscuits and gravy to grits and bacon...man it was torture! I laugh at myself now…I can’t believe that after all of these years of competing I still get super anxious.

After breakfast, it was time for me to get mentally and physically ready to hit the stage for the first night of preliminary competition! The preliminary competition was spread across two nights because of the large amount of delegates competing.  Initially, I hoped I would be in the group that would compete on the second night. I suppose I just simply did not want to be the first one out on the "playing field". But then I figured, hey.. we will be the ones to set the standard so going first did not bother me at this point! 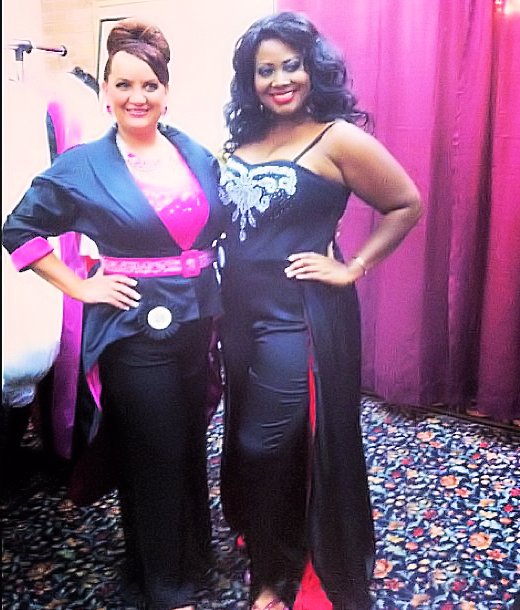 After the competition, we all changed and unwound at the Pajama Party! We danced, sang Karaoke, and partied the night away! For one moment in time, I was able to take my mind off of the competition…but not for long! The next day, at the crack of dawn, I would have to be up to get into hair and make-up for my personal interview with the judges! Eek! 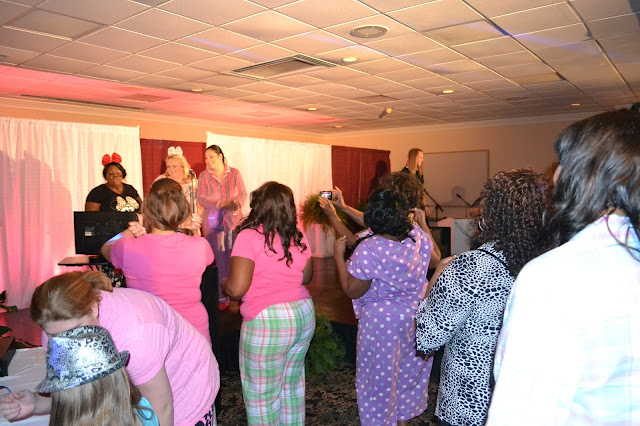 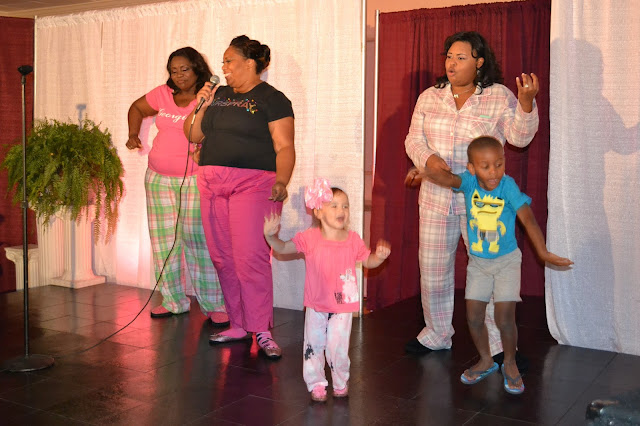 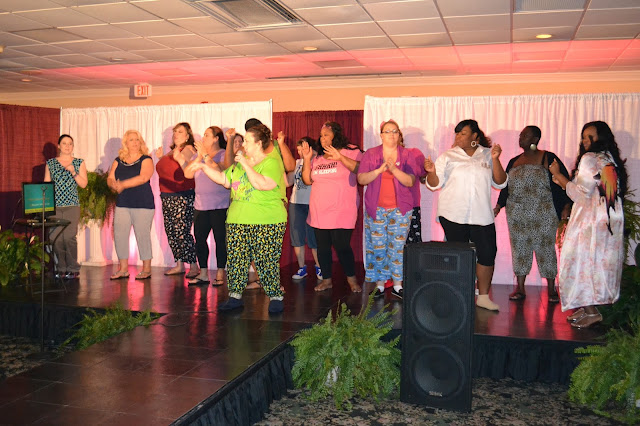 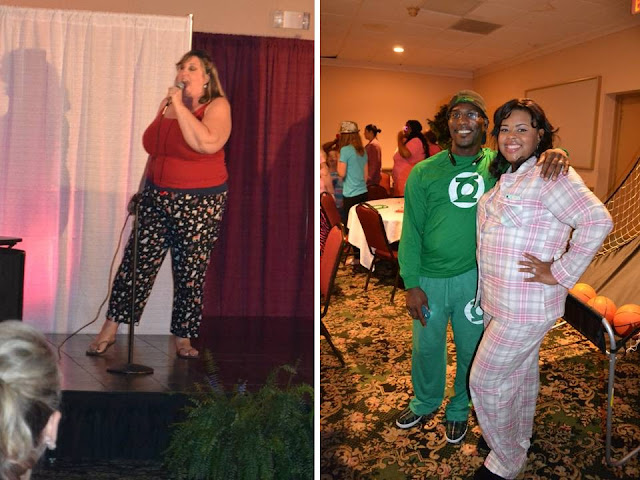 Posted by Spoiled Diva at 5:30 AM No comments: 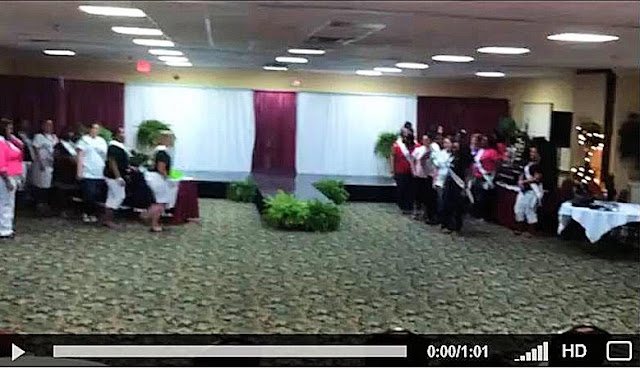 Opening Dance Number Snippet
After opening dance number rehearsal, it was time to prepare for the optional competitions! These competitions have no bearing on the overall winners of the pageant.  However they are a great way for delegates to showcase their talent and get comfortable performing on stage! There are several categories of optional competitions; spoken word, talent, model portfolio, fashion runway and dramatic interpretation.

I’ll let you guess which two optional competitions I chose to compete in. Go ahead…take a guess! That’s right, Fashion Runway and Model Portfolio. Those of you that have been following me for awhile already know that I love to rock a runway! I won the Fashion Runway category in the Georgia Plus America Pageant back in April. Check out my winning look...Hounds-tooth Obi Belt and Black Cocktail Tutu Skirt by none other than Spoiled Diva by CL Felder! 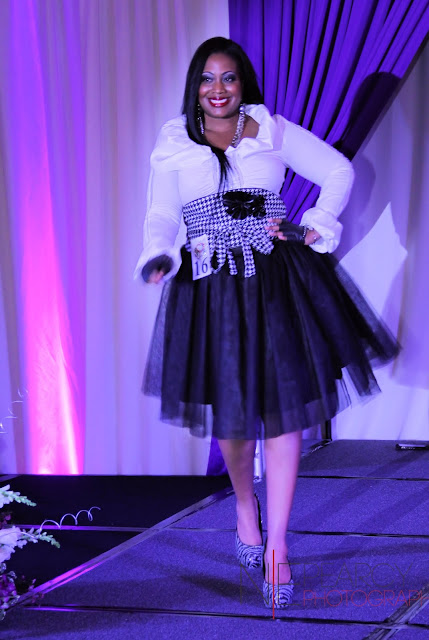 For the national Fashion Runway competition, I decided to mix things up a bit and go with an Eastern theme. Here's what I came up with...Satin Animal Print Kimono and Faux Leather Obi Belt by Spoiled Diva by CL Felder. 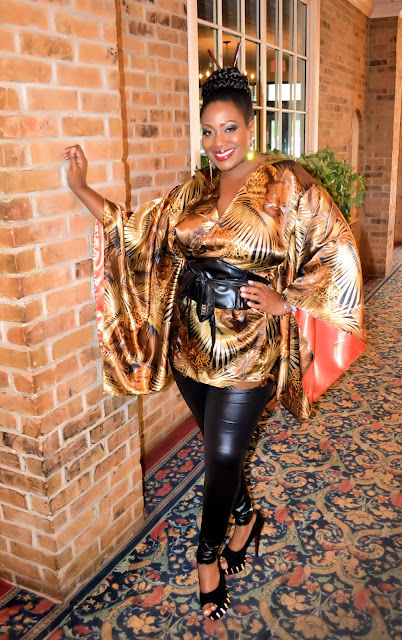 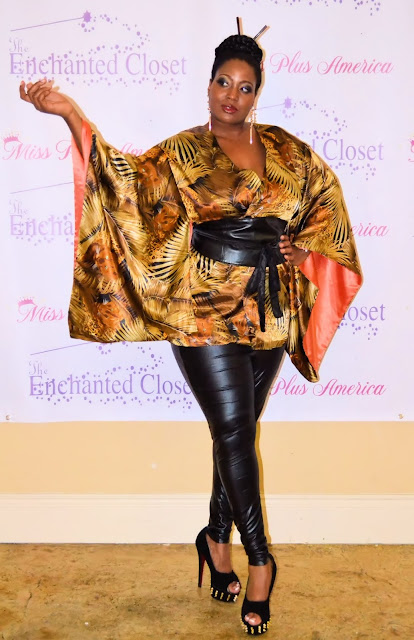 And…after years of hiding behind the camera taking photos of my designs for the Spoiled Diva line, I discovered how much more fun being in front of camera can be! Following are a few of the shots I submitted for the national Model Portfolio competition. 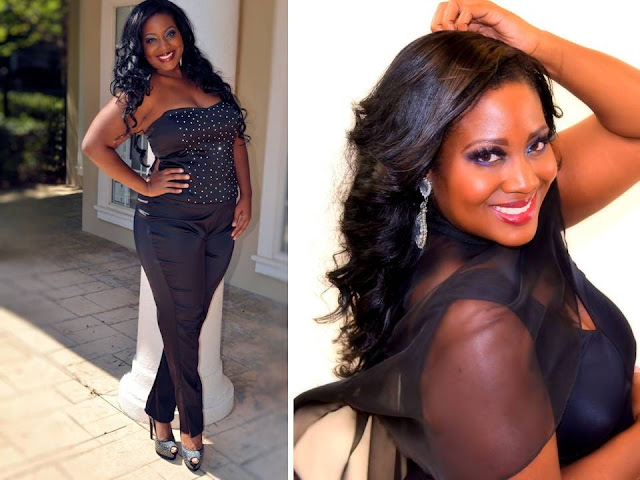 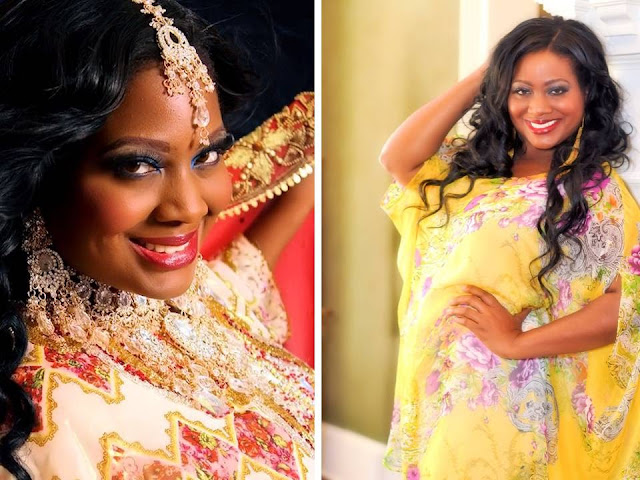 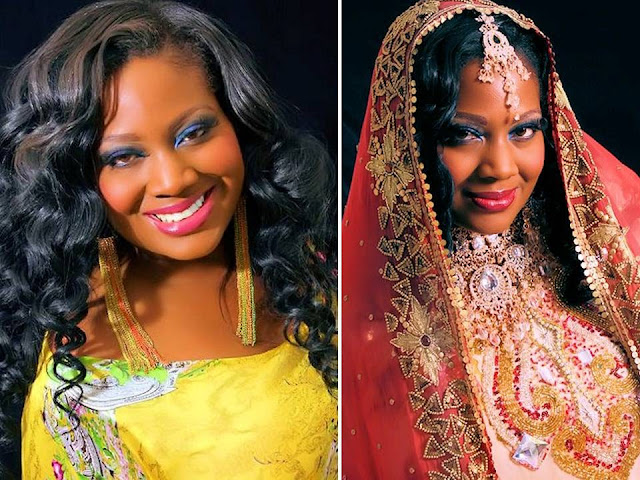 Unfortunately for me, I didn’t win either of my optional categories but hey… it was loads of fun and I received an overwhelming amount of compliments. 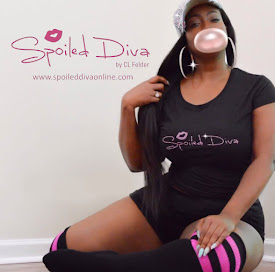